The right place at the right time

I went from somewhat disappointed to very happy… and then I did it all over again.

In the late winter of 2019 I got the news that Tesseract was about to play one my favorite venues close to home. Yeay!! When I checked my calendar and saw it was during the metal festival Copenhell I was pretty disappointed. A few months later Copenhell announced that Tesseract was playing there as well. Everything worked out, I was happy and order in the universe was restored.

That was the first time… Here is the second one…

I shot a lot photos during their performance at Copenhell and decided to use my crappy non-brand SD Card to shoot the rest of the concert in JPEG when one of my primary card was filled. The reasoning behind this was to save some space and I also felt I got the photos I wanted.

But no no no… Daniel Tompkins had other plans and decided to jump into the audience to do some crowd surfing. I was standing in the perfect spot as he swoshed by supported by his supporters and I got some great shots!

Later when I was about to transfer the photos from my memory card I got a message that said “Read Error”! I was able to transfer a few of the shots but it looked like the rest of them were corrupted?

I did a search for “SD card photo recovery” and found some data recovery software called PhotoRec. It looked like it would be able to recover the rest of the photos…

The software is working as I write this and it actually looks like it is successful in recovering the photos… and it also looks lik Idid shot some of the photos in RAW?

Okay… enough of that. The concert was fantastic and loved seeing them for the second time. 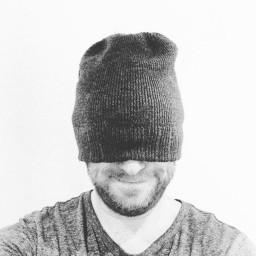 Amatuer photographer, pancake maker and co-creator of my daughter.